1 By education I am "Engineer" , specializing in "Computers, complexes, systems and networks" . I graduated from MIREA Moscow State Institute of Radio Engineering, Electronics and Automation (Technical University) .

Execution and defense of the final qualification work: Diploma project on the topic "Information management system of a small printing enterprise" . As written in the diploma: Time to create a project "16 weeks" , Grade ABOUT PERSPECTIVE <.

Many students, after defending their diploma, try to “not remember” about it anymore.


- But I am pleased to remember that "my invention" - "Information management system of a small printing enterprise" only inspired me as a "hobby programmer" , but was fully recognized by the Department of Computer Science "MIREA" as a "Graduation Project" .

- And in the future, my project, received "Highest score" by the decision of "State Attestation Commission" MIREA " under the supervision of a representative < b> "Ministry of Science and Higher Education of the Russian Federation" .

I will not talk about the project itself here (I will try to write a separate publication). Here I referred to this project - as one of the "Not integral parts" professions "Turnkey" website developer , of which there are actually several. (See diagram Website Developer Skills Paradigm .

The principles of the device, design of "Databases" and working with them - I took away from my Higher education . As well as other developer skills:

And other skills inherent in a programmer for the development of a quality, tested "software product" .

However, who got a job as a programmer "C ++" , as I remember now, it was "Almaz-telecom", we developed a system "Internet billing and STK cards" - I was disappointed .. By that time, I had already written two ready-made software products, which I had designed and implemented, which is called "without outside help". I wanted to "think in projects", but at the company I was only assigned certain pieces of code ..

Programming had to be turned into a hobby, since this skill “always went through life” with me , helping me in my everyday life. I wrote small applications that make life easier for a person.

2 In design, I was attracted by the opportunity to “think in projects” and fully embody my ideas, right up to the “final product”.

At the time when I made this decision - most people from my environment "drew a clear line" between "Programmers" and "Designers". But what can I say - there are still a large number of people who think so ..

Recently, more and more often and "closer" these two, seemingly different professions, are intertwined with each other.

There were times when I had to carefully hide my "programming skills" when I needed to get a job as a designer ..

The stereotype was too strong that “programmers can't draw” .

HOW I BROKEN THE STEREOTYPE ..

I reasoned like this! If you love what you do, then You will succeed!

I will literally summarize a number of victories in advertising design:

Won a 2-month tender for the vacancy Lead Designer of the creative agency Aaron Lloyd, in which 17 designers from Moscow participated.

Together, my colleague and I have completely created a website on a turnkey basis , for a previously existing large company Yukos-Transservice. It took 2.5 months to develop the site. After that, «site support» remained «behind us».

Worked for 3 years as artistic director of OTK CJSC (United Textile Company) . An art director, in "advertising language" , is the position of an art director. During my work at the textile factory, I have developed more than 20 collections of drawings for children's textiles and developed appropriate packaging for them. I brought what is called textile products "from raw materials" to finished "presentation" in packaging, ready for sale.

During his work as an art director, he developed the trademark "Baby Nice ™" and issued a patent right for the company.

I consider the case when one person was not too lazy to find a factory office as the highest grade for my work. “Holding a blanket in a package” , which I developed and launched into production, with the words - “Did you do that !?” . We exchanged glances with the general director, laughed .. But the man continued: - “Will you do it for me? I want to order a batch of blankets with a new design and your packaging! " We accepted the order and fulfilled it .. as well as others, but I still remember this story as an example of «Bright feedback».

Over 15 years of work in the largest advertising agencies - there were many achievements and victories in development:

Then I decided to combine design and programming - into one profession!

And one fine day, I realized - that no longer "I do not want to choose" between design and programming.

Since then, these two professions are more - "did not fight" inside me!

By the way, I observed this effect when I “transplanted” from guitar to piano . Yes, I don't play instruments a lot .. And I remember very well how I “replayed” many guitar compositions already on the piano. For me they were not just "familiar" - I already knew them.

- Or here's another example. At the institute we were forced to "jump" from tongue to tongue! And now I'm talking right away: about international languages ​​ and programming languages ​​. The main thing here is to understand the following: "It is not the syntax that matters, but the algorithms .." . 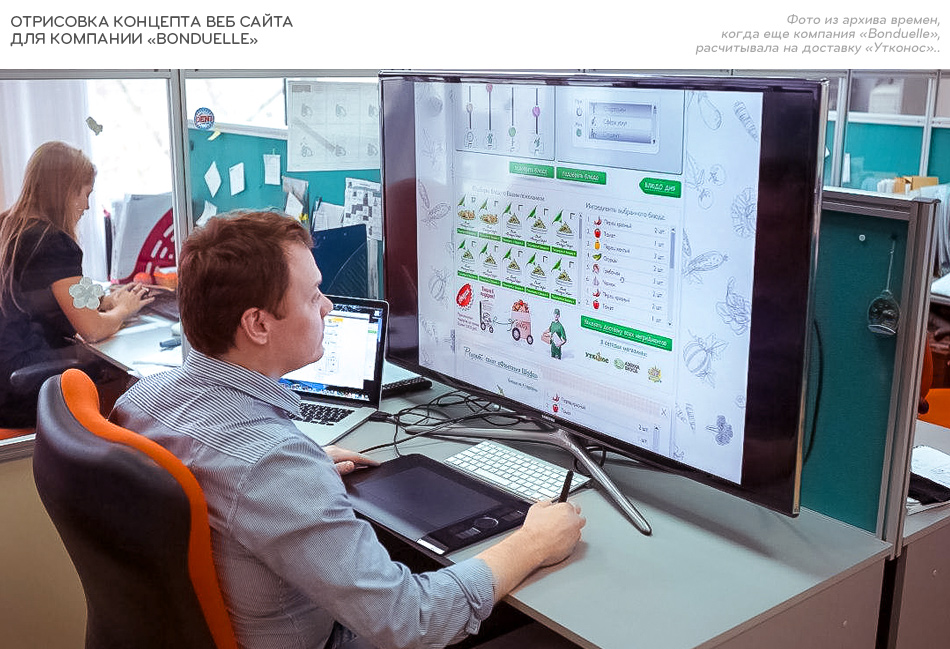 Many site specialists begin their work by offering the site customer - to fill out the brief on their own.

In my opinion, in this approach, "Not everything is good!"

This really allows you to significantly save time for the site developers themselves, but reduces the quality of the future site.

The thing is, when the "first steps" on the way to an already finished good "website" , it is important to consider the maximum number of necessary things:

I will "tell you a secret" - site customers themselves, rarely site developers. Therefore, often, the customer cannot always provide all the necessary nuances for "website development".

I start "turnkey web project development" , with a free conversation. In a simple dialogue with the customer, you can already "build" the structure of the future "website" . With this approach, the customer will be happy to tell everything that he would like to see on his website. I fill out the brief myself!

I am doing the following work on the site:

Bonus (FREE) work that I will do for your site:

For my clients, I install and configure a Smart Sitemap . You get a beautiful, stylized for your site - a sitemap that will index only useful materials and publications. Ignoring technical blocks and sections. This, in turn, is good for the indexing and ranking of all published content on your site.

To all clients who ordered turnkey website development from me - I make animation of important (significant) blocks on the site. Moreover, the animation is configured in such a way that it would be triggered exactly when the visitors of your site are viewing a specific block of information in order to maximize the focus of your potential customers. 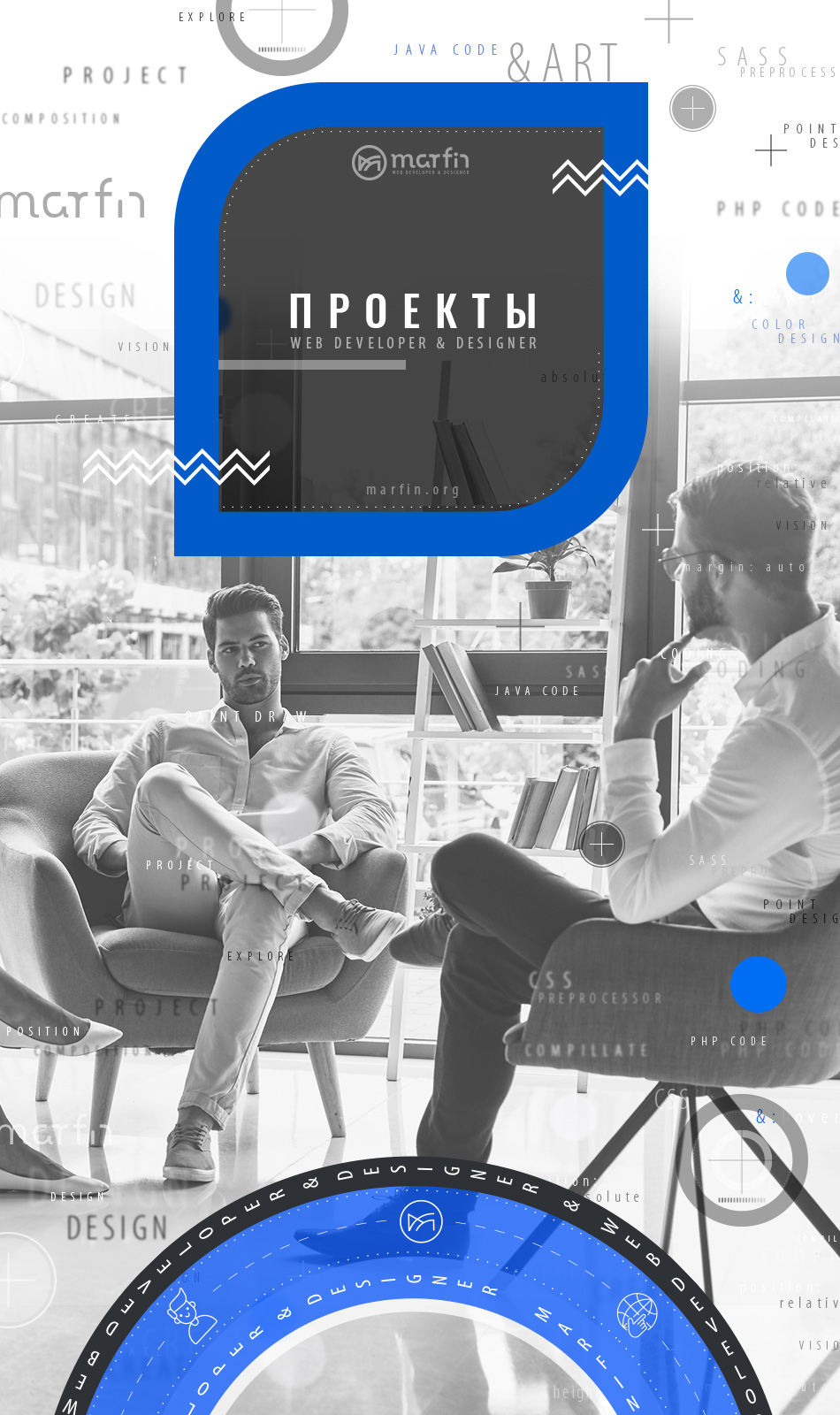