In the beginning was the word..

if suddenly, for some reason, You did not have a brand name, "logo» then I can Help you.

I have extensive experience as a graphic designer both in various advertising agencies and in small private design studios.

I have repeatedly Participated in various competitions, tenders, and the development of "logo" for various customers. And I already have "successful, won cases» among other participants.

Say "a few words» about how I developed "logo" for the photo and video shooting Studio "OneVideo" . The guys did not have a more or less suitable "logo" at the time of site development, so the decision was made "develop a logo from scratch!".

And so I had the name "OneVideo", which in itself doesn't sound bad.

my task was to visualize the logo so that it would not lose its pronounced "superiority», but I didn't want to use "sleepers" (mighty numbers of units).

«logo development» — how I had to suffer..

first of all, thoughts about the lens came to mind, since the Studio "OneVideo" is engaged in photo and video shooting..

however, after the first sketches, it became obvious that the"clean energy" of the circle is very difficult to"curb". In other words, the circle "referred to» us in the "Soviet era», and we didn't want that anymore..

I tried again to"work" with an imaginary "lens», trying to "weave" into it "meta graphics" in the form of camera shutter petals... But suddenly, I began to notice that the "logo" began to look like a soccer ball.

And then, just like the movie with Tom cruise "edge of the future" 2014, science fiction, action, — I have started "business..»

in other words, I understood that in 3 days of logo development I "went overboard» a large number of elements and graphical "moves" . (I don't show all the options, there were too many of them.. I show only "serial glimpses" in search of "logo»)

looking At their developed versions of "logos» — I began to see something simple, strict, "self-sufficient» and the main thing is modern.

So we decided to focus on the final version of the "logo", which met all the requirements for it:

And so, having "on hand" approved "logo" , I was able to start developing site for OneVideo Studio — it's ready! You can already view it.

logo development» is a separate genre of design art.

I must say that the development of "logo" is a separate genre of design art. In General, the shape, color and font choice in the "logo" is perceived very differently by a large audience.
— Someone likes "one", someone "other"...

In my design practice, there was a case!

once, we "came" not a small customer (by the standards of the advertising market). I won't name the company, it's irrelevant..

And ordered us to develop a corporate "logo" for his company, which provided various services. As a leading designer for an advertising Agency, I started developing a logo. Moreover, the customer severely limited our time, so much so that when I received the task to develop "logo" at 17:00 in the evening, I should have already "fast-magic» how to provide a ready "logo" to the customer at 19:00 of the same evening!

to develop a more or less "serious logo", which should inspire confidence and cause non — fake positive emotions among potential consumers of services - this time is not enough!

However, «the Client is always right!» I had to, as they say, "compress the spring", but in 2 hours, provide a more or less "tolerable version of the logo".

— Sent and "forgotten!» Approval of any graphic material for medium and large customers is not a quick process, but there is a whole "logo», I had to be patient.

«2nd round of the logo development tender»

judging by the timing, this "logo" was also developed in parallel by other designers from other agencies. In General, a month later, I had to participate in the"2nd round".» development, all the same brand name for the company, apparently already taking into account "other" options, which we designers are not allowed to see (according to the rules of the tender).

— the batch was Sent again, "logo" already for "2nd round» development, all the same brand name.

— 2 months later, the results of the tender for the development of "logo"were announced!

I remember coming to work, in the circle of one of the computers were a tight circle of people, and something loudly discussed..

And what was my surprise when I made my way closer to the epicenter of events, I saw on the monitor screen "my very 1st version of the logo"! Exactly the one I drew in 2 hours!

I will design a logo for you. 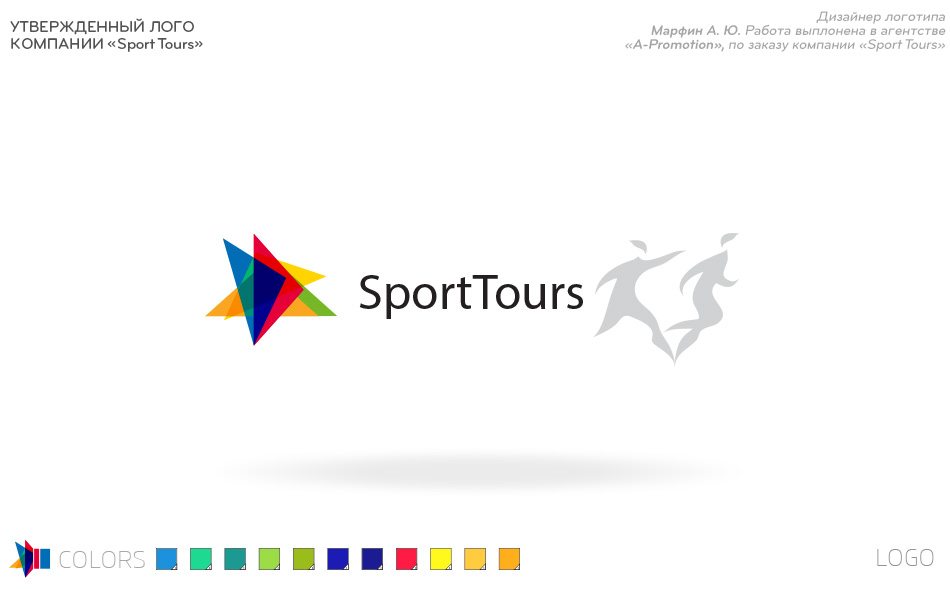