3D product model — instead of a thousand words!

Often, for «visualization» a new product, product, or perhaps an advertising or trade design may no longer be enough for regular graphics.

even detailed drawings indicating all technological openings, holes and dimensions do not give a complete picture of the «3 — dimensional object», «structure» or «product».

in this case, the tools «3D modeling» come to the rescue», «texturing» and «rendering» for «3-dimensional visualization»:

for a long time working in the advertising industry, I often had to perform «visualizations» various «objects», «constructions» and entire «3-dimensional scenes». And to be honest, a number of projects that fell into my hands, it was possible to implement only with the help of «3-dimensional programs».

— once the Studio received a brief for the development of an advertising design for a very large and world-famous company for the production of fuel and lubricants.

— the project was responsible, important, and therefore it was passed directly to the best art Director, who perfectly owns any graphics, except «3-dimensional».

— «like a lion» he fought with this advertising design, for a very important project.

— As the days passed, the art Director created variant after variant. They were beautiful, but the Customer couldn't approve of them. The art Director, by the way, is not very bad, nor did he manage to give a high-quality «3-dimensional» image.

Surfaces of advertising structures, — he drew in «Photoshop» (a graphic program for processing 2D images) and what is called "stretched» these facades are on an imaginary cube design. This is a standard and very common technique for trying to «3D visualization» - it is not fully functional. This technique is also called «Pseudo 3D visualization» .

— a week later, this project was handed over to me. I held the position of the leading designer of the Studio and still owned «3-dimensional graphics». After reviewing the task and the comments received from the Customer, I started working.

— the task was not easy even to visualize it in «3-dimensional program», and there was nothing to say about «Photoshop». The art Director had no chance to work out a «3-dimensional structure» for the client using 2d image processing software.

— Of course I created «3-dimensional model» of the future advertising structure, «zateksturiroval» her, made «Render» and showed it to the customer.

— I will say right away, my version of the design was not accepted immediately, but the Customer already liked the train of thought and after some comments, I finalized the design to the status «Approved!».

— This case proves once again that there are «objects», «constructions» or «3-dimensional scenes» that can only be shown qualitatively using «3-dimensional editors» . 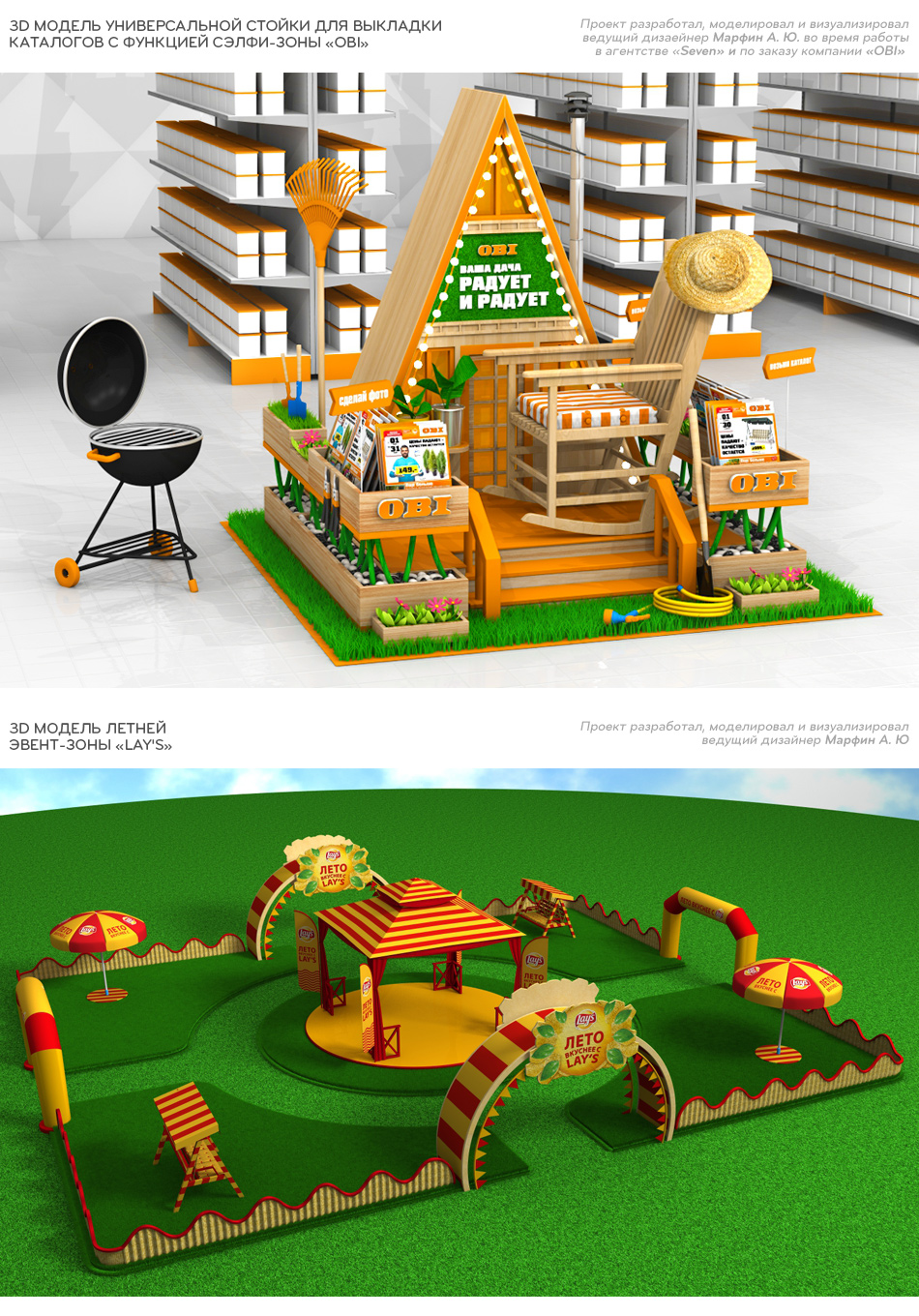 3D modeling of your product

And so you have an idea to develop some parts, structures or products.

Or there is a very specific task from the management, Your Customer, to develop certain equipment, products, structures.

You need to make a three-dimensional 3D model, and perform a full 3-dimensional visualization of this object.

in order to make a 3D model of such an object, You will need all the exact dimensions, and even better, detailed drawings of the future model.

if we are talking only about «creating a 3-dimensional» copy of an existing object, then the presence of the corresponding drawings will be enough. And of course you need to take care of all the necessary «3d materials». They are also called «textures».

«3D textures» designed for the most plausible imitation of «real materials» but on computer «3D models».

from «3D textures» you can make complex and maximally realistic «3D materials» that allow you to simulate materials such as:

I will be happy to help you complete the work on «3D visualization» your product, product, construction or 3D scene.

3D visualization of objects, structures, and any 3D scenes. 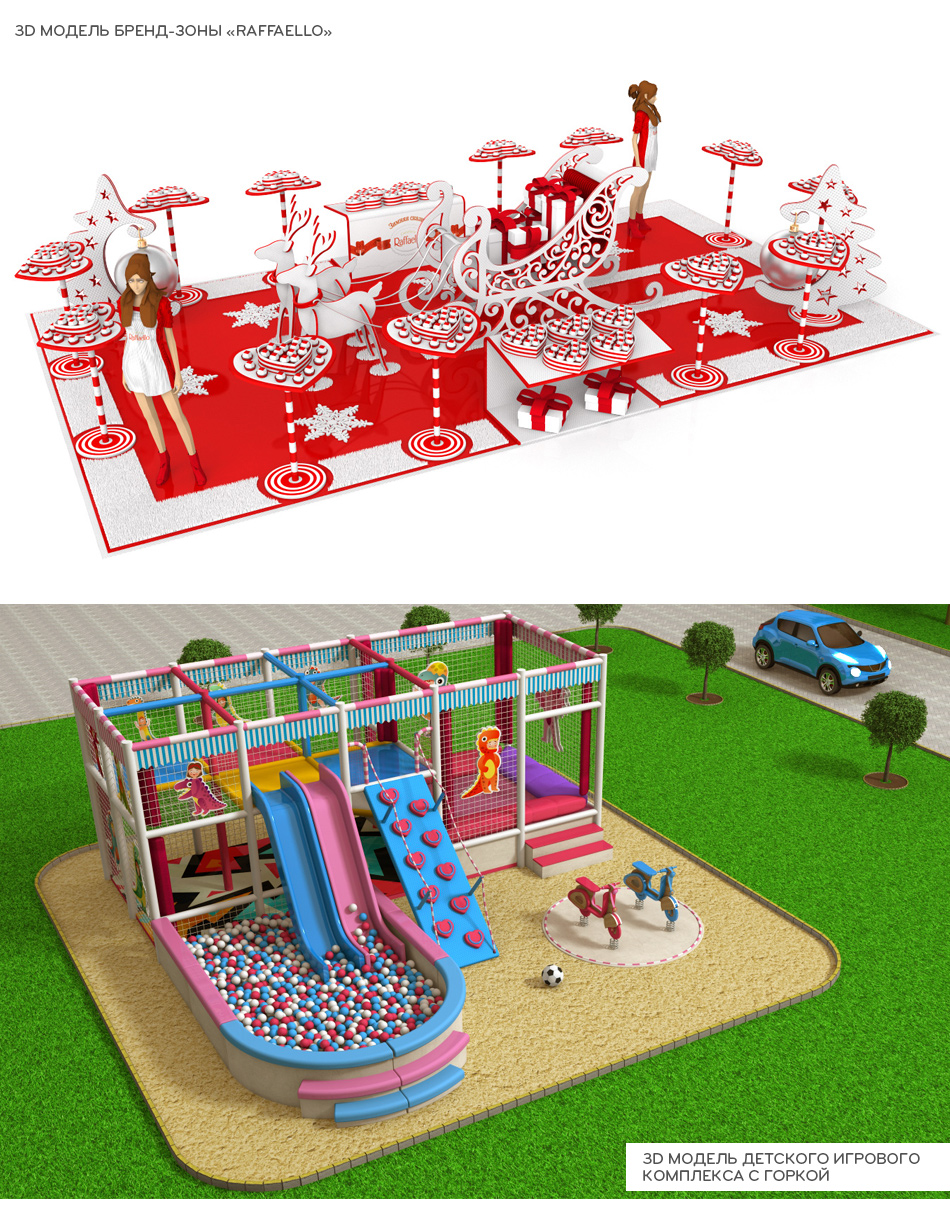